Once malware has entered in your computer the first thing it might try to do is to disable your antivirus and firewall, online antivirus scanners can scan all of your hard disk, not just a single file, the great advantage of online antivirus scanners is that you will be sure that it has been updated and it can not be disabled because it resides on a server, the disadvantages are privacy concerns as you will have to allow access to your computer files and having to install ActiveX or Java.

It is recommended that you temporarily disable your offline antivirus software before scanning your computer online with a second antivirus, it will not harm your operating system running both antivirus but it will slow down the scan.

It includes rootkit detection and you will not have to register any details to use this online antivirus scanner, one click is all that is needed after installing the components, they can be easily uninstalled once finished, a log file will be stored locally indicating what actions have been performed by ESET antivirus in your computer. You can select specific folders or files for virus scanning, when it detects malware it will delete or quarantine them in a special folder, quarantined files can be restored later on if you are convinced it is a false positive. BitDefender antivirus online scanner: Bitdefender Quickscan runs in the cloud and detects malware and spyware, it uses very low Computer Power Processor as most of the action happens in the server where the antivirus software is hosted, you can scan your PC by visiting Bitdefender online antivirus website or installing a browser extension or widget, bear in mind that this antivirus will only detect malware that is active already in memory, inactive virus bodies are not scanned.

Bitdefender is a paid for antivirus software and you can now scan your computer online for free using the same antivirus signatures that their paid product uses, however there are no configuration options like the offline version has. F-Secure antivirus online scanner: It needs Java installed in your computer to run, it will flag tracking cookies as spyware, and they actually are, just do not be scared when you see the word spyware next to a cookie as it is easy to remove.  You can run this online antivirus in multiple languages, just choose your preference before starting the scan, there is no need to install anything as everything runs in Java.

Zoner antivirus online scanner: It can scan Windows or Linux computers for viruses using Internet Explorer, Firefox and Opera, it only needs Java to run. It uses signature based virus detection, an appropriate system to detect well known malware by comparing file contents with their database, complex and new viruses are detected using dynamic code emulation which simulates the execution of a program to see what it does, dynamic and static heuristic analysis is used by Zoner AV to detect malware, compressed files (.zip, .rar, .7z, .gz, etc) will be automatically unpacked to scan them for viruses. 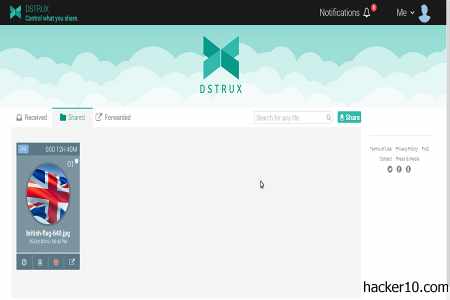 SecureGmail is an open source Chrome browser extension to encrypt …